I wanted to have a way for my chirren at TMS, and all my other peeps, to look at the Iceland things.

This is a disclaimer: I have no idea what I'm doing, so hopefully I can just write a little and post some pictures and sorry if it looks like poop. SOZ, MATE

Ok. So yesterday we found ourselves (right nearby the gigantic mosaic that i posted pictures of yesterday) staring at the Reykjavic Art Museum. When we went there today, we found out R.A.M. actually has three different locations and that’s not confusing at all. Like, three different buildings in different places.

I had looked in the local free paper–which seems to be written mostly by grateful expatriate (that is, wannabe Icelander) Americans cause, god, who wants to write, you feel me??–anyhoo, I read about a show there of this guy Erro who worked during one of my favorite periods of art, the late 50’s-early 60’s when people were going all crazy and rebelling against the conformity and dullness of the post-WWII world. Shazam! There were the Situationists, and the Fluxus movement, and in America it was Beatniks (before they became dirty hippies). Snap! Cool jazz and Kerouac, maaan! Kids are insane!

Anyway, look at the pictures! Awesome! It blew my mind that this Erro cat was so wildly creative and prolific and great and I’d never heard of him. Keep in mind that Hoolia has 9/10ths of an art degree, too. I took a class called “History of the Avant-Garde” and I definitely should have heard this guy’s name on that roll call. He’s still working; his art now looks quite a bit like Robert Williams’–and that guy came out of the SoCal hotrod culture in the 60’s. Different artists taking different routes to a similar neighborhood. I can’t post any links to RW cause his subject matter is a little, er, extreme.

“The Control Out of the Factory” 1959, paint on canvas 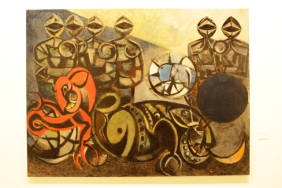 I forgot to take a picture of the name tag…SOZ 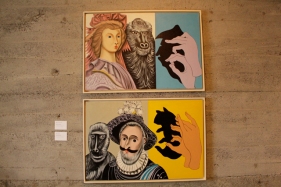 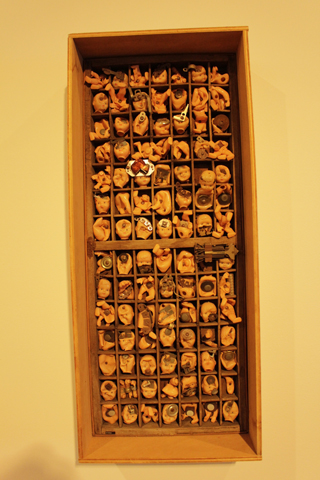 This is the guy! What a nut! Erro!

So then we went to the Settlement Museum, to learn about the Incredible Oldness…

I know it looks like a bunch of rocks, but this is basically like the hardware store of 900 AD.

It’s hard to get what you’re looking at. It’s basically the foundation of a “longhouse”–pretty self-explanatory.

This has the overview of the building’s shape.

There’s a skylight there to hook the suckers on the ave.

Yeah! Their critters lived in the house! 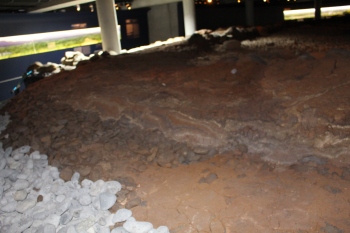 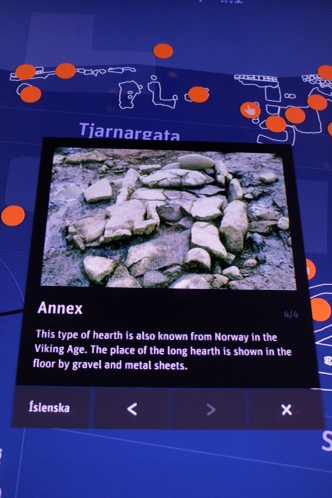 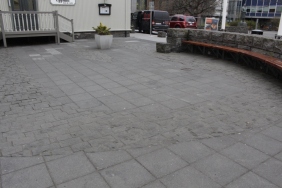 The inlaid pattern shows the structure underneath. 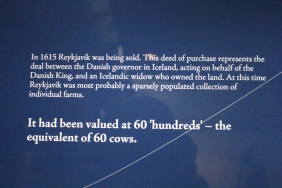 Cows as a medium of exchange. 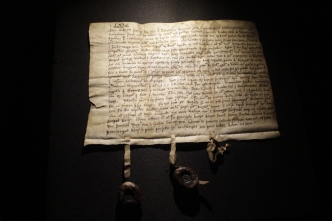 And as something to write on (vellum) 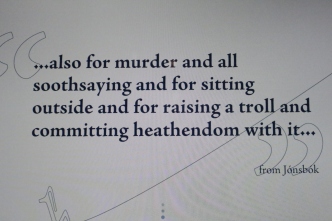 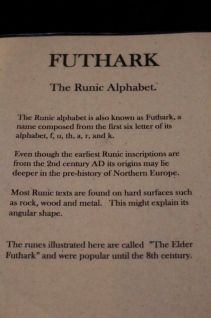 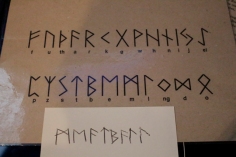 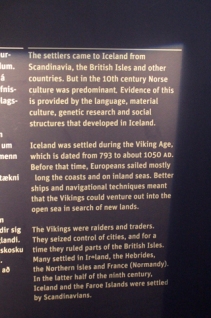 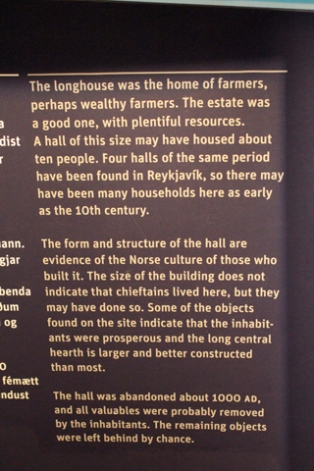 I got nothing! Mind blown! That crusty old document in the case there is the BILL OF SALE FOR REYKJAVIK. Say Whaaaat? Yes! The actual thing! And the Sagas. I took a lot more pictures than I posted about the Sagas and the oldtimey documents, cause i didn’t want to overwhelm yalls attention spans. But yes. It’s bewilderingly old. 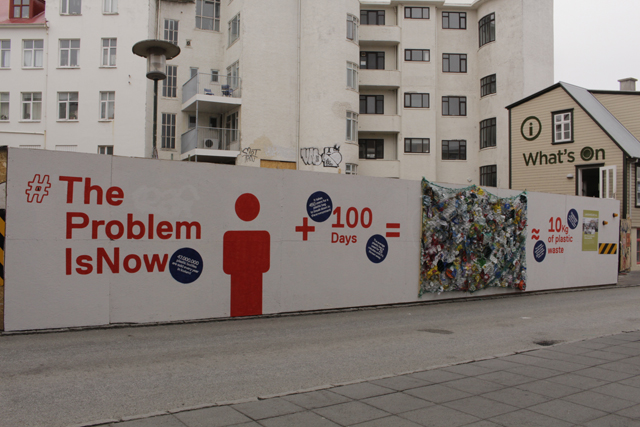 The Great Mamu is pretty forward about asking questions–not me; I’m trying to be all “if I don’t open my mouth they won’t know I’m a tourist” (which of course is bullspit, I have it on my forehead like every other tourist)…anyway, we saw this display which puzzled us–we’d observed the lack of recycling facilities at our place. And Mamu asked the lady taking tickets at the Settlement Museum what the deal was with recycling? And the lady said, “Well, we sort of have a bunch of land and not a lot of people, so folks never really worried about it so much, but it’s starting to become a problem.” Recycling is a thing, but you have to pay for the service, or take it to a facility where folks will take it for free. It’s more of that “200% rise in tourism” thing–impact on the island. The lady was funny and also said that Icelanders were quick to blame tourists for things like offroading, when the fact is that it’s just as likely to be a citizen. We all want to blame the tourist (or the college student) when things get crapped up in our home place!

View all posts by icelanddoodlydoo